The Evil Side of the npm Ecosystem

Are you going to be the next victim?

Disclaimer: I use npm myself, the point of this post is not to discredit npm, it is to help people understand that packages within the npm ecosystem should not be installed without doing research on them.

Imagine that you just found the perfect package that provides everything that you need for your application. A week after installing it, an article comes out talking about that same package being a malicious backdoor into your application. You rush to remove it but realize that all your clients’ data, secrets, and keys have already been compromised. It’s too late now, but how do you ensure that the next package you install won’t follow that same path?

Many people may think that once the software is built, it won’t need to be worked on anymore but that never seems to be the case. Software engineers are constantly installing what is known as ‘packages’ in their applications. When it comes to installing and managing packages, many people turn to npm.

It has become a common practice to install packages rather than re-write code. At first thought, this doesn’t sound like a bad idea. In a lot of cases, installing packages is very useful and tends to be the correct choice. However, if you don’t do your research and continue to actively maintain the packages that you use, things can get ugly.

Recently, several packages have been discovered that contain malicious code. One of those was a package that was disguised to look like the official

Twilio package (twilio). It gave the attackers access to run remote commands on the victims’ computers. It was called twilio-npm and in 1 day it was downloaded over 300 times. There were many red flags that could have easily been seen by going to the package page.

What to Look For

Here are key things to look for before installing a package:

Another big thing to consider when installing these packages is that they will still require maintenance. As new resources are introduced to developers, package maintainers will release updates. Updates can come out very frequently and in some cases, these updates include breaking changes. It’s important that these updates are applied to your application regardless of how many changes have to be made. These updates frequently carry vulnerability patches and bug fixes.

Here are key tools to use for updating and checking packages:

In conclusion, npm is a great tool that provides an infinite amount of resources. However, packages within the npm ecosystem should be used with caution and with thought. Below are some packages that I personally have used in applications and have my full recommendation. 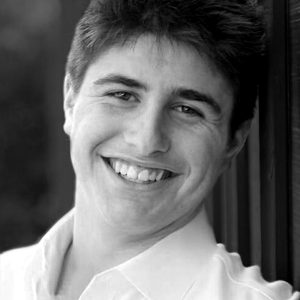 written for HDM by Drew Klayman